Find Your Brave: Understanding the challenges in supporting children living with mental ill-health from a teacher’s perspective 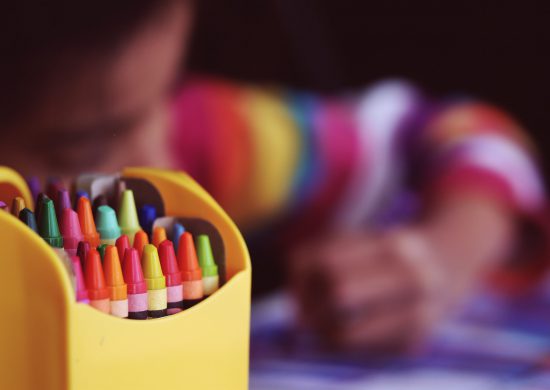 Last week was Children’s Mental Health Week, and the theme for this year was ‘Find Your brave’.  As a Deputy Head of a large UK Primary School, I have been invited by In Diverse Company to share my insights on children’s mental health as I see it from the front line.

I have been working in education for 13 years.  I started my career as a Secondary School teacher and then transferred to Primary education.  I wanted to experience and learn more about the transition into secondary schools and the impact this has on children’s mental health. Over those years, I’m pleased to see the increasing focus on mental health in schools – both for children and staff, which has been much needed and long overdue.

Statistics show that around 42,000 full-time equivalent qualified teachers left the state-funded sector in 2018[1].  And looking to the future, the picture looks worrying – as the article in the Independent titled ‘I am getting out of it before it kills me’ states that more than a quarter (26 percent) of teachers with just two to five years’ experience intend to leave education in the next five years, according to the survey of more than 8,600 school staff[2].

The reason for this huge departure – work pressure.  Increasing budget cuts, heavy workloads, lack of appreciation and respect from children (and often parents) along with increasing lists of accountabilities and responsibilities all lead to unmanageable work pressure, resulting in stress.  This, in turn, leads to long-term sick leave and often the decision to leave the profession altogether and on to a completely different career.

Over the years I met so many incredible teachers who have come and gone within the profession. I think it is important to share some case study examples of how the profession has been naïve to the effects of mental health.

Case Study One:- An experienced male Year 4 teacher with over 20 year’s classroom experience is a typical example.  He was under pressure and this was showing – his creativity was in decline, and his frustration with ‘the system’ was increasing.  He not only felt frustrated at needing to spend his time completing plans, complex and time-consuming marking systems and multiple training courses but his drive was also diminishing as he found himself needing to give his class things to ‘distract them’ so that he could do the necessary paperwork and reporting.

Add into this declining pupil behaviour – incidences of being ‘stabbed’ in the leg with sharp pencils, a panic button being installed in the classrooms, and more than one incident of needing to step into parent disputes in the playground whilst waiting for the police to arrive – and the stress was starting to build.

This played out in increased sleeplessness, teeth grinding, constant fatigue and anxiety.  During the holiday’s he quickly returned to his ‘old self’, but the thought of returning to school brought back the anxiety.  After a couple of years, this became unbearable.  His moods became very low, impacting his family life and relationships, he had low energy and the smallest things would result in a sense of not being able to cope.

After taking a couple of periods of stress-related sickness absence and attempts to gradually return, it became clear that the situation was untenable.  He resigned and took a year off before being able to consider a return to work.

This is a teacher with 20 years’ experience, who was loved by many pupils, parents, and colleagues and who had been given an ‘outstanding’ rating by Ofsted, in the years when they graded teachers.  What an expensive loss to the profession.  And this is one of many cases I personally know of.

Statistics for children around mental health are just as concerning.  It is predicted that on average, 3 children in every classroom are suffering from some form of mental ill-health.  But with reductions in funding both within schools and the wider education system, there are longer waiting times for children to be referred to CAMHs[1] and other support services.

Schools, and teachers, are doing the best we can.  We ensure all our staff has the training to recognise the signs of mental ill-health.  We have interventions for those that struggle in the classroom and do what we can to help parents help their families.  But our time, resources and emotional resilience is limited.

Case Study Two:- David was a young boy who really struggled with his mental health and had been for some years previous. He was withdrawn and very sad most of the time. You would often find David on his own at break and lunchtimes, and had very few friends to play with or talk to.

Although he lived in a stable home environment, at a very young age he had witnessed domestic violence between his biological parents. His mother had been hospitalised on many occasions and his father went to prison for the domestic abuse towards his mother.  Although this was some years previous the impact of trauma on David had scarred him, which impacted his mental health greatly finding each day a struggle.

The team at the school David attended were all very experienced and understanding of mental health, most of the staff had undertaken the mental health first-day training. However, as things progressed it was a real concern as David reached a point whereby he could not be left alone in fear that he may hurt himself with the intention to take his life.

David previously had been hospitalised with attempts to take his own life, and although there had been emergency Doctors and CAMHs appointments, there was never a long-term treatment program available to David that he did not have to wait the best part of a year for.

Neither of these case study’s is uncommon, unfortunately, but offer a true reflection of the day-to-day life in schools today. I hope today’s article has provided you with a clearer understanding of the challenges we face in the education sector both in supporting children in our care but also, balancing the ever-increasing demands of the job and our own personal wellbeing. Join us tomorrow, where I’ll be sharing some of the initiatives we have in place at the school I represent, along with small, simple steps to create positive habits.

[2] I am getting out of it before it kills me; Two in fiver teachers plan to quite within 5 year, Independent, April 2019

Should you express emotions at work?

Allyship is not an identity; it is a consistent process