In recent weeks, the US senate has seen a growing momentum to expand the military draft to include women, especially after Pentagon opened all combat roles to women in 2015.[1] A congressionally authorised commission also backed this change in March last year. The change in terminology to “All Americans” is expected to be considered during a committee markup[2] this week; while the bill is expected to be floored later this year.[3] While in Saudi Arabia, in a first, more than 12 female soldiers have become part of the security services, guarding pilgrims during the Mecca Haj.[4]

However, it is not all good news. On the other side of the world, in sheer mockery for their service, Ukraine’s female soldiers were made to practice for the Independence Day parade in heels[5]!

Evidently, we are seeing more women than ever in the military. Now more than 20 countries including Australia, Canada, Britain, and France allow women to fight in combat.

In 1993, women made up only 1% of deployed uniformed in UN Peacekeeping missions. But this number is increasing. By 2020, out of roughly 95,000 peacekeepers, women made up 4.8% of military contingents, 10.9% of formed police units and 34% of justice and corrections government-provided personnel in UN Peacekeeping missions.[6]  Among the pioneers were 103 Indian women sent to Liberia in 2007 as the first all-female police unit. In the US army, women now account for about a fifth of the officers in every military service except the marine corps.[7] The UN aims to increase women serving in military contingents to 15%, and military observers and staff officers to 2% by 2028.

This growth in female representation has prompted crucial discussions on what women can bring to conflict zones, while also pressing senior military personnel to think about the overall impact of war on women[8] and how the institutions need to change to become more inclusive.

Having female soldiers on the ground has unique benefits:

They have been more successful in engaging with women and children without intimidating them, while also being able to engage with the men, as well as male soldiers do. Additionally, a lot of terrorist groups like Boko Haram now recruit women suicide bombers as they have better access to public areas and are less likely to get examined at checkpoints.[9] Therefore, having female soldiers on the ground has a direct benefit in terms of increased ability to inspect women and preventing fatal terrorist activities. Female soldiers have also been more effective in gathering intelligence, building trust, and treating the communities living there with more dignity, especially women in these communities. Hence, making success more likely in the new, highly complex and dynamic nature of conflict zones.

While women have definitely proven their merit on the battlefield, foolishly pushing for more representation can have grave consequences.

If women are recruited only to fill quotas and improve numbers…

the men they are deployed with will not think of them as anything beyond tokens. Moreover, if they are recruited in a rush, without enough training and understanding of their abilities, it can have severe penalties on the mission and the soldiers themselves. For example, in a study conducted in 2014[10], it was reported that female peacekeepers sent to Darfur from Rwanda were expected to deal with victims of sexual violence without any formal training. Military trainers in Rwanda reported that they thought those female peacekeepers innately understood how to deal with victims of sexual violence.

To add to that, female soldiers still face a risk of harassment from their fellow male soldiers. There is still a huge gap in gender training for commanders and military leaders. While the UN is trying to solve this and the pre-deployment training now includes a module on preventing sexual exploitation by UN personnel and a module on preventing and responding to sexual violence suffered by civilians, a lot more needs to be done. This issue is further fuelled by the hypocritical hesitancy of commanders to send women to “dangerous areas”.

Studies have also revealed that simply having female soldiers does not deter their male counterparts from behaving inappropriately. UN peacekeepers in Congo, Haiti and Liberia have been accused of rape and other forms of sexual abuse in the past few years.

Female representation in the armed forces ought to be encouraged. However, troops and commanders need to be well-trained and equipped to understand and tackle gender issues, and how to work alongside women. In today’s day and age, when acceptance for women in the armed forces is increasing, we cannot have sexist instances like making them march in heels.

Canada, a country leading the way for inclusive armies, has used an approach called “gender-based analysis plus”[11] for over a decade now. It evaluates the impact of a policy on different genders. Canada’s navy also recently redesigned its uniform to ensure it would fit women better and can be customised to provide modesty if needed. Other bits of military kit and ejection seats on aircraft are also being adapted for women.

With female representation increasing and a growing awareness of the advantages of having other genders and their skills in navigating modern war zones, institutions as traditional and male dominated as the military need to adapt quickly yet robustly to sustain this growth, benefit from it and thereby driving equitable representation organically.

[2] Markup is the process by which a U.S. congressional committee or state legislative session debates, amends, and rewrites proposed legislation.

[5] the Guardian. 2021. ‘Idiotic’: Fury in Ukraine after female soldiers made to march in heels. [online] Available at: <https://www.theguardian.com/world/2021/jul/03/idiotic-fury-in-ukraine-after-female-soldiers-made-to-march-in-heels> [Accessed 22 July 2021].

[11] GBA+ is an analytical process that provides a rigorous method for the assessment of systemic inequalities, as well as a means to assess how diverse groups of women, men, and gender diverse people may experience policies, programs and initiatives. 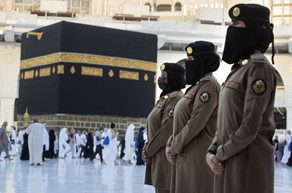 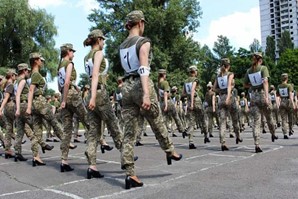 Keeping up the momentum: Representation and Inclusion of South African women in business

Should you express emotions at work?

Breaking Bad: How do we decide if we should focus on breaking bad habits or making new?

2 May 2020 – The Independent: ‘It doesn’t discriminate’: Shopworkers being trained up to spot domestic abuse during lockdown (UK)

Why D&I programmes will fail without Cultural Intelligence